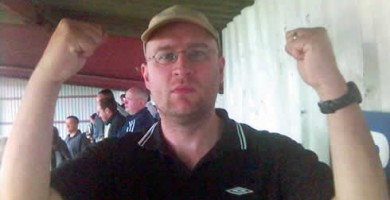 Report: This is the modern world

A rough guide to... Woking

Aliens have landed in a town called Malice. Tony Butcher breezes into Woking

A rough guide to... Altrincham

They have historic reasons to despise the Mariners, but after rising again through the non-League pyramid, Altrincham are looking forwards, not back

A rough guide to... Dover Athletic

All is not well at the far end of the Garden of England. Rich Mills uncovers the bones on our weekend opponents Dover

A rough guide to... Bromley

They've a thing about ravens, were early punk adopters and their football club is on the up. Baz Whittleton fills you in on Bromley

A rough guide to... Maidenhead United

They may never have been among the greats of the sport, but Maidenhead United, formed in 1870, took part in the first FA Cup. Tom Sargent gives you the lowdown on the Magpies

A rough guide to... Eastleigh

Stewart Donald pulled the plug on their finances, but the Spitfires show few signs of going down the drain. Tom Sargent brings you up to speed on Eastleigh

A rough guide to... Wrexham

What do you know of 1979-80? Rob McIlveen, author of Champions!, the great new book on the season tests your knowledge

Town's start to this season has a bit in common with 1990-91. It turned out alright, just. Paul Thundercliffe and Pat Bell share their reminiscences

A brief history of Town