Do not forsake them, oh my darlings, for they are the longest-serving members of Blue Square Vauxhall Viva Conference Premier über top of the bottom of the pyramid league, thanks to their financial stability and the financial instability of others. They're not even supposed to be here today! They wouldn't be on our horizon if it wasn't for the Salisbury implosion, as Tommy Widdrington would be the first to point out. Relegated in April, unrelegated in June. 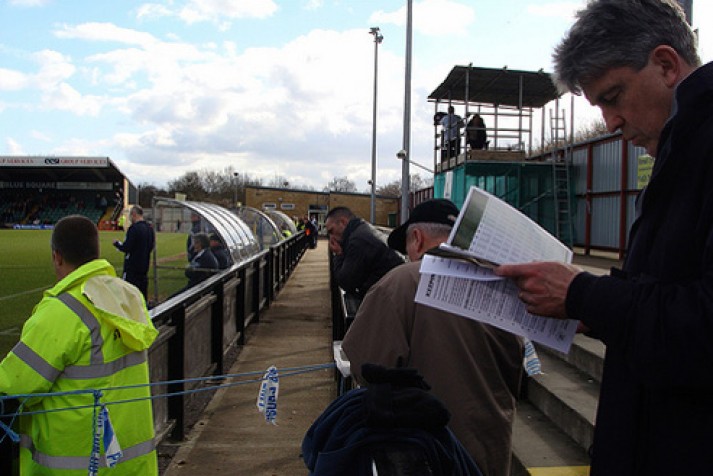 Titter ye not, for they know their way around these parts. And they can tell that we're not from round 'ere, so Town had better keep on the path when they ramble and roam down in them thar hills. Waffling? That's a local pastime involving cheese, and a neat way of glossing over the fact that they have been unremarkably remarkable. Small, nothing, a nowhere team but gently rising from local to national in a century of solid yeomanry.

Local rivals, you ask? You always ask, don't you. You're so needy. Surely it must be Gloucester City, horrible Cheltenham Town and the sneaky snidey Shortwood United, the other team in Nailsworth. Haven't we missed someone from that litany of listless losers? Say it loud, it has to be proud Stroud.

Do you come here often?
Weren't you paying attention? They've been in the Conference Premier forever of its 12 years – there's something to be said for sensible existence. From the depths of the Dursley and District league to the brink of the Football League in 121 glorious years of sturdy steadiness.

And if they want to stay where they are they had better not repeat last year's trick of relying on Isaiah Rankin and Tomi Ameobi for goals, goal, goals. Ex-Mariners are not the way forward, especially non-scoring forwards. Town forwards are normally the way to Darren Wrack and ruin. And who do we have waddling up their path but Craig Armstrong, player-coach. Yes, you remember him from that relegation year of, well, one of them anyway. Law's losers, not Laws' losers. At a stretch you'll recall Armstrong in that legendary Town 'team' that included Mikael Antoine-Curier, Disco Des Hamilton and – sorry, my mind has melted.

Finally Cyril, just who hasn't Paul Warhurst played for? Forest Green is in his photo album too. 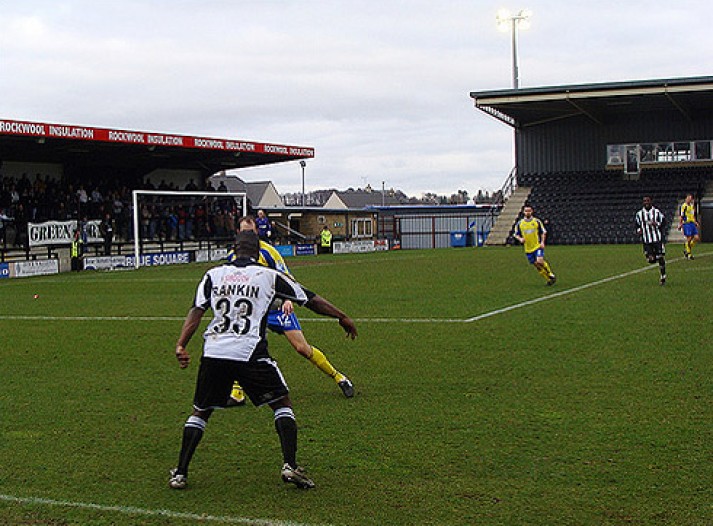 An ex-Mariner in familiar colours. Rovers came back from 3-1 down at half time against Altrincham to win 4-3. Photo: Nick (cc by 2.0

Haven't I seen you somewhere before?
I once drove past a sign to Stroud. Four miles it was. Five minutes later I drove past another sign that said Stroud 4 miles.

If we are all only six degrees of separation from Kevin Bacon, are we also always only four miles from Stroud? Just like Nailsworth.

Town've never knowingly been undersold by John Lewis or played Forest of the Green at association football. Like Toyah said, it's a mythtery. And it always was a mythtery how she became a pop star. She's married to Robert Fripp you know. He's from Wimborne, which is four miles from the Nuffield Industrial Estate, Poole, Dorset.

Like the end of the rainbow, Forest Green is so tantalisingly close to existing in our world, and is at the end of the A46. You can't miss it – when you get to Laceby just keep going. Laceby is four miles from the centre of Grimsby.

Rovers hosted Derby County in an epic FA Cup third round clash two seasons ago (ignore the bit of Macclesfield v Everton at the start, and the Italian commentary, unless you're Italian or something)

What can we do when the sun goes down?
Have a wistful round of whist in the snug of the Old George Tavern?

There is a pub in the town centre. It says so here, where you'll have all your Nailsworth needs sated beyond your dreams and nightmares. There are Indian takeaways, supermarkets, car parks and four cash machines. And if you get there too soon do pop into the imaginary Nailsworth Space Research Centre. To infinity and beyond!

Like all small towns, the local yoof hang out at the bus stop. Basically, it's like Town playing Horncastle.

This season
Squad size: all we've got to go on is a team photo showing just 15 players. Maybe some of them had a poorly tummy that day
Odds on winning the league: 125/1 (Blue Square) 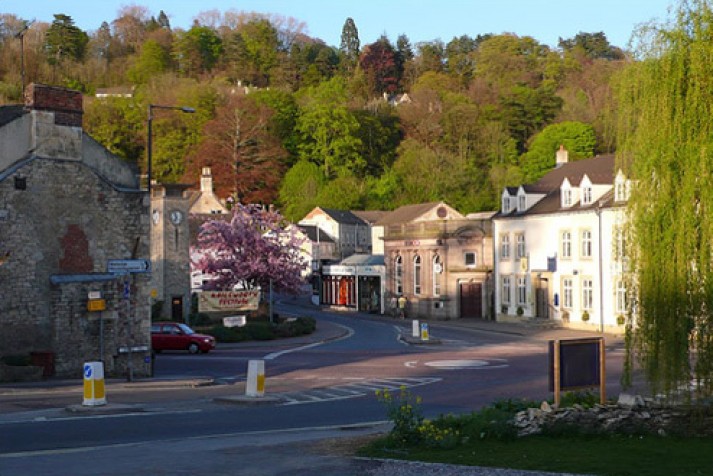 General stuff
If you've got this far you'll have realised that Forest Green Rovers are based in a very small town you've never heard of before, in a galaxy far, far away. They have no discernible profile; nothing of great consequence seems to have happened there. They have a moderate following without any inkling of madness within it. It would be easy to mock.

Just sit back a while and reflect on how moderation and a sense of perspective can result in happiness, while strolling down the high street looking for the 82-gallon kettle.

Do say
Do admire the mini-roundabout and architecture, and ask for a dram at the George. Do say hello and thank you.

Don't say
Don't ask where the Space Research Centre is, or ask: "Is this Forest Green?" Above all, don't act like big-time charlies. We were the Forest Green of the Championship a decade ago.

Do you know Nailsworth, or the surrounding area? We want your recommendations for local pubs, cafés or B&Bs, to feature in our pre-match factfiles during next season. Use the Cod Almighty feedback form to send them in – or to share any other thoughts you might have about our Rough Guide to the Conference.