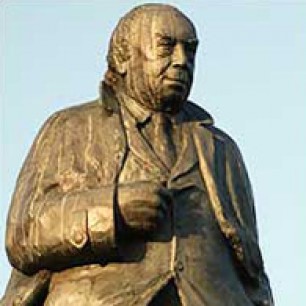 In a nutshell
"Joy and woe are woven fine" (William Blake, quoted in Time and the Conways by JB Priestley): moments of triumph are linked inextricably with decades of decline and real tragedy.

Goodwill hunting
They don't like Leeds in Bradford, except that a fair proportion of the football-following population of Bradford like Leeds more than the Bantams. That leaves, no doubt (a fine phrase which seems to mean 'definitely' but actually means 'I'm making a wild guess'), a mixture of resentment and righteousness among Valley Paraders, quite apart from the usual rivalry and contempt for a more celebrated neighbour, made all the worse as, 'no doubt', Leeds supporters couldn't give a tinker's curse about Bradford City. The other obvious rivals are Huddersfield.

Encounters between Town and Bradford City have not been frequent recently. Most vivid is the 1996–97 season, when we won 4-3 at Valley Parade but their last-day win against Queens Park Rangers meant we went down and they did not. Bradford is in Yorkshire, so we probably don't like them, but remember Leeds – we can be united in mutual contempt.

Previously
In 1903, beset by financial difficulties which the club has never quite escaped, Manningham rugby league club abandoned the Northern Union for association football, adopted the name Bradford City, and were invited by the Football League to join the second division, without having played a competitive fixture. By 1911, the Bantams had already finished fifth in the first division and become the first side to lift the newly minted FA Cup trophy, itself made in Bradford, beating Newcastle in a cup final replay. Bradford stood at the centre of the world wool trade, and City were mounting a confident assault on the summit of English football.

A recurring theme in the works of the unjustly neglected writer JB Priestley is nostalgia for the Edwardian Bradford of his youth, and the bright prospects it offered, brutally shattered by the Great War. Those of his generation who did not lose their lives were condemned to spend their span contemplating the gaps in its ranks. Among several Bradford City players who died in the trenches were Robert Torrance and Jimmy Speirs – respectively man of the match and goalscorer/captain in the FA Cup Final – and England internationals Jimmy Conlin and Evelyn Lintott. Those who returned from the war returned to find the city of Bradford and Bradford City entering into depression. The Bantams lost their place in the first division in 1922. By 1937 they were in Division Three (North).

The work that made Priestley's name, The Good Companions, published in 1929, opens with a vivid portrait of the value of a shilling when the mills were lying idle, the value of spending that shilling to watch Bruddersford (Priestley's fictionalised Bradford) and become "a member of a new community" participating in a match "hurtling with conflict yet passionate and beautiful in its art", and the sense of loss and frustration when that shilling, in the event, buys you admission only to a disappointing 0-0 draw.

The post-WWII years were spent in the third and fourth divisions, culminating in insolvency in 1983. That produced a rebirth: on 11 May 1985, Bradford City ran out in front of 11,076 spectators at Valley Parade as third division champions, looking forward to second division football for the first time in almost 50 years. Five minutes before half time, a fire broke outwhich killed 56 people. That cannot be forgotten; nor should the heroism of football supporters and police officers at the ground, and the humanity of the Asian community around Valley Parade, which opened its doors to provide immediate treatment for the injured, saving countless lives.

The Bantams remained in the second division until 1990, having reached the first division play-offs in 1988. Next time around, they were to go one better. In 1996, Chris Kamara steered City through the third division, and in 1999, after an absence of 77 years, Paul Jewell took them back to the top flight. A last-day victory over Liverpool allowed Bradford City to maintain their status for a second season, but success came at a price. Geoffrey Richmond's ambitious expansion of Valley Parade, Premiership wages and, following relegation, the collapse of ITV Digital left City with debts of £30m. The club has been paying the price ever since, going into administration in 2002, and returning to the third flight in 2004.

Last season can be seen as an encapsulation of Bradford City's history: a bright start followed by a long unwinding of disappointment. They ended September in fourth but the month of October began with a home defeat to rivals Huddersfield, and yielded just one goal and one point. Manager Colin Todd was sacked in February, after a run of one win in ten matches left City in 16th, three points above the relegation places. Todd, blaming the losses of Dean Windass (loaned to Hull having scored 12 goals), Jermaine Johnson and Nathan Doyle, and the continuing reliance on loan players,warned that the club was "going nowhere". He was wrong. With just two more wins in the remainder of the season, Bradford finished 22nd, four points short of safety.

Ins and outs
Following relegation, caretaker manager David Wetherall returned to the playing staff as captain, making way for Stuart McCall, with Wayne Jacobs as his assistant. As McCall had two spells with the Bantams, and Jacobs made 340 appearances over 11 seasons, this is something like Grimsby appointing Tony Ford as manager with Macca at his side.

Dean Windass has completed a return to Hull and been replaced by two strikers: the 34-year-old Peter Thorne, who has scored just twice in 42 appearances over the last two seasons at Norwich, and Barry Conlon, who scored 12 goals in 36 appearances for Mansfield and Darlington in 2006–07. Eighteen-year-old midfielder Scott Phelan, released by Everton without making a first-team appearance, has accepted a one-year contract.

In defence, Richard Edghill has left for Macclesfield, but coming in are Richard Heckingbottom and Thomas Harban, on loan from Barnsley, and Darren Williams from Hartlepool. Defensive cover remains a concern though, with injuries to Matthew Clarke, Simon Ainge and Damian Hopkins restricting the Bantams to two fit central defenders.

Their expectations
For the first time since losing their place in the top flight, Bradford City can look forward to the new season with a measure of financial stability. Investment from local businessman Mark Lawn has allowed the club to eliminate their debts. A deal allowing adults to buy season tickets for just £138, promising the cheapest football in the league, has already attracted sales of over 6,000. Not unlike us, they have had a bumpy ride, albeit coming down from a greater height, and on the messageboards there is a mingling of familiar notes of realism, bordering on fatalism, with the sense that a club of their status has a right to something better.

Our expectations
Bradford City are better equipped to reverse their decline than we were two seasons ago, but achieving the turnaround is not easy. A lot may depend on the ability of the squad to meet the expectations of those attracted by the cheap tickets and sustain a positive atmosphere. My guess is they will not quite make it this year: they'll finish ninth, with more substantial grounds for optimism next season.

Spotters' guide
Do I avoid mentioning Bradford being the curry capital of Europe? Probably not. Do I see if I can work in yet another reference to JB Priestley, whose broadcasts during World War II helped prepare the way for the welfare state, and who was a founder of the Campaign for Nuclear Disarmament? You bet. There's a statue of him outside the National Media Museum(formerly the National Museum of Photography, Film and Television).