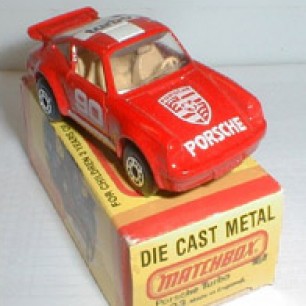 Macclesfield Town? Who are they?
It's a funny old place, Macclesfield. Reputedly the borough of Macclesfield has more Porsches per capita than anywhere else in England outside the south-east. The town itself, though, struggles to match the 'glamour' of its Cheshire neighbours Wilmslow, Alderley Edge and Chester. It looks more Coronation Street than easy street and its football club certainly reflects that. Its homely ground sits with the Peak District as a backdrop, and the stewards - friendly, and drawn from the ranks of supporters rather than an events company - lend it an air of times gone past. I expected to see men in caps carrying rattles and smoking Capstan full strength.

Last season
In Macc's two meetings with us they got pasted 3-1 at the Nou Camp of the North and drew 1-1 at Moss Rose in the penultimate game of the regular season. The draw left me feeling that the wheels had come off the promotion juggernaut as Town huffed and puffed to score a goal and then let them back into it immediately with some distinctly average defending.

If you cast your mind back to the last day of the season you'll recall that a whole host of clubs could have been relegated. Macclesfield were in that group but made sure of their survival with a decent 3-2 win at Bristol Rovers(although I accept that your attention may have been elsewhere). They spent most of last season at the arse end of the table despite having made the play-offs the year before and I'm sure that 2005-06 was a huge disappointment for their supporters. There were some highlights for them though: they stuffed near neighbours Stockport 6-0; they beat Forest in the League Cup; and they got to the LDV northern area final before being beaten in extra time by Carlisle.

The roots of their poor season lay in having to sell some players from their play-off side who weren't replaced with similar quality, more player sales during the season, and being plunged into financial chaos when it emerged that their new stand had been financed by a Football Trust grant gained under false pretences. Furious fundraising ensued and remarkably an all-star friendly was organised which saw Gianfranco Zola turning out at Moss Rose. It's difficult to find much more about their financial problems, so I assume they're no longer an issue.

Anticipate with relish
What do you do in Macc when the footy's not on? You could listen to recordings by the late, lamented (lamentable?) Macc Lads, whose paean to sex and beer and chips and gravy remains their zenith. You could visit the silk museum or strike out for the Peak District National Park for walking or terrorising others on your motorbike as you swoop over the Cat and Fiddle. The small towns and villages around Macc have an excellent choice of country pubs and restaurants so try Prestbury, Bollington or similar and if you're feeling flush stay the night at the excellent but very expensive Shrigley Hall.

A definite highlight of a sightseeing trip to Macc is Jodrell Bank, where you can gaze at the stars while avoiding sexual innuendo or take a walk around the National Trust-owned property at Little Moreton Hall, a magnificent Elizabethan country house. If all that isn't enough, the bright lights of Manchester are 45 minutes away.

Anticipate with dread
When you sign the multi-million pound contract to write Rough Guides for Cod Almighty the editor includes a clause making it essential that I comment on whether we hate them or not. Frankly, what's to hate? They are too far away to be classed as local rivals; we have a fair record against them; we've not been involved in a game with them that could be described as even remotely controversial; and their ground and fans are friendly, with a similar air of half-beaten resignation to the one we often display. The only little fly in the ointment is that they have a reputation for hoofball and we might just take the moral high ground over that in the weeks to come (we hope!).

The way forward
The team is managed by Brian Horton and you have to assume that if they get their act together financially and that he can attract a bit more quality on the field then the coming season won't be as bad as the one just gone. At the time of writing they have signed three new players: Marvin Robinson from Lincoln; Jonny Brain from Port Vale, who sounds like a bad superhero; and Tommy Lee from Manchester United. Not, I assume, the same Tommy Lee who played in Motley Crue and was married to Heather Locklear. Imagine the abuse he'd get at BP for that.

In the forthcoming season they visit BP on 2 September and we descend on Moss Rose on 24 February. This suggests to me that our games against Macc will be far from pivotal for either our season or theirs, and that our travelling numbers will be severely reduced from last year, meaning that (a) the pie shop will not have run out of a number of items before kick-off and (b) you will be able to buy a pint after midday on matchday. In fact, that open terrace on a February afternoon will seem a long, long way from the sun-kissed pre-kick off party of last season.

By the way, they'll finish mid-table and not really trouble the play-off picture.