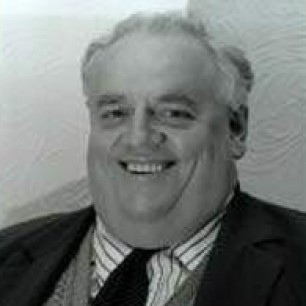 Rochdale? Who might they be?
Don't forget to roll your Rs just like Rrrrrhodes Boyson, who really should have come from Rrrochdayull. Think of Rochdale and you think of Cyril Smith, Lisa Stansfield, the co-operative movement, cowboys, Lord Byron and Gracie Fields. Yes, it's Rockin' Rochdale. What more do you need to know?

The big news in town is that Canadian photographer Louie Palu has flown in especially to take photos and do research into Rochdale's internationally significant asbestos site, Spodden Valley. Sounds lovely; you'll want that list of guest houses then, for that aromatic, romantic weekend of love and loathing.

I've never been to Spotland, but did stand on the railway station for half a hour. That's enough for any man, in any lifetime.

Their Gracie was "a complex and contradictory character, strongly independent and yet craving a stereotypical role". Sums up Dale really.

Rochdale currently produces around 107,000 tonnes of rubbish each year. So that's what's under the pitch.

Anticipate with relish
Mud, mud, glorious mud
Nothing quite like it for cooling the blood
So follow me follow, down to the hollow
And there let us wallow in glorious mud

Ah, but that was Spotland last year. Just look at it now. It's amazing what you can do with a bootleg copy of Paint Shop Pro.

Whatever happened to heroes? Tony Gallimore got an ice pick that made him transfer to Northwich Victoria, but Simon Ramsden is still there, rather oddly pottering about as a right-back, or maybe pottering about as an odd right-back. We can have a chuckle at the continental drift that is his meandering mullet.

For those with an artistic bent (I thought they only did that sort of thing in that London) seek out local artist and former man of the year Jack Hammill, who seems to specialise in sky and splodges. Sums up Town last year.

Are we bothered enough to heckle two ex-Scunthorpe defenders?

Anticipate with dread
Just going there? Just playing them again? If you're playing Rochdale you are in the bottom division; it's just the way life is. There's no justice, Justin. We should dread Lambert, their Byronic hero, but with any luck he'll have been flogged, (literally, figuratively and metaphorically) by the time we play them.

With Grahams Rodgerseseseses' insistence on passing the football along the ground to players with the same colour shirt, the state of the Spotland pitch on 1 January 2007 is the dread that dare not speak its name.

The way forward
Like everyone else in July they have holes on their underpants and a handkerchief on their head. Some new players, some old players and loads of trialists. Who knows what tomorrow brings? Adam Rundle is erratically excellent and execrable, and Nathan Stanton has his ballpoint pen poised over a contract. Whether his hand is connected to his pen is another matter. Iyseden Christie has a head full of broken biscuits, according to one Dale fan, but to another they're in his stomach. They never did say what kind of biscuits. Can you still get lemon puffs? A packet used to cost 4p from Asda.

As he's struggling to construct a squad perhaps Steve Parkin should trythis. You'll always find the answer on the internet.

If they manage to sell that last executive box then they may be able to keep Lambert for another few weeks, lifting the depressed Dalians from their summer of gloom.

Will Parkin take them far beyond imagination? Will their dream come true? Their consolation will be to survive, again. It's Groundhog Day: they'll finish 13th. And if they don't, they should, and will in my universe.