Stephen Meek aka BOTB Diary likes football and is very excited about the prospects of playing on other planets. He is also middle-class and is allowed in to watch cricket. His hobbies are terrorising local communities with a catalogue of unpleasant incidents and staring through people's kitchen windows that are too close to the pavement, like those ones in Tetney and Louth. He is determined to put his past behind him and make a new start. 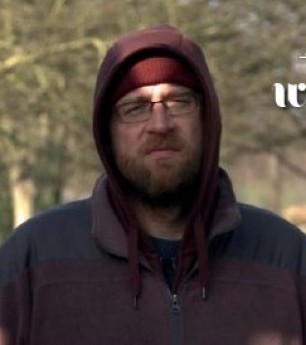 It's a simple choice between good and evil. Why would you follow another, inferior club? In fact, I never really trust anyone who supports anyone else. I'd go as far as saying they are suspect, and the police should check their internet browsing history.

What 'should' be your team if you followed the family tree?
I have two Swedish great grandfathers, so probably Young Boys of Stockholm FC/Malmo.

Where was your first seat/standing position and where do you like to sit now?
Started in the old Imperial. My brother is such an old fogey that he likes to sit with the dentists in the Main Stand. The minute before kick off there feels like the minute you get to remember someone at a funeral, and it's hard to get out at the end because you are always behind someone using a zimmer frame. I prefer the Pontoon, where it is livelier, despite the odd racist, sexist or pissed cockwomble.

When did you first write anything about Town?
I used to be on the Grim Outlook forum where I was a prolific arsehole. I often get quite emotional after defeats and start calling everyone names. I had a huge argument about Daryl Clare on there once with a bunch of fucking idiots.

How did you get involved with CA?
No idea. I started off as the 'Jolly Mariner' face that portrayed the many emotions a match can inspire. I think they chose me because of my big gormless face. Also my brother was Retro Diary, who was very good. I think they thought I might share some of his creative writing genes, but I'm really more the monkey to his organ grinder.

Which Cod Almighty feature would you like to see return?
My friend Roy is much funnier than me and did a feature showing the banal things I did during the summer when there was no football. I can't remember what it was called. Meek's Moments, perhaps? I still remember his line "stamp collecting isn't just for boring old men – it's for boring young men too." We also found a sign outside a fish and chip shop that said "Fish and Chips – Now on a Plate!" We tried to get a picture of it but the owner kept coming out to see what we were doing.

Which former player do you loathe and why?
Daryl Clare. There was a gorgeous old house on my road with a lovely mature garden full of trees and herbaceous borders. Clare bought it, bulldozed the lot and stuck some of the ugliest houses I've ever seen all over it, then moved out of the area, though sadly not to prison.

What or who did you get wrong?
Jones the Stick was a classic. When he first played it seemed as though he had just been created on a mad scientist's slab and not worked out how to move his arms and legs in tandem. He was heroic in the end though.

Favourite John Moore-ism?
"Oh you idiot!" When faced with a ref booking Effete. Possibly why he never made the Match of the Day team

Have you ever exchanged words with Alan Buckley – or even with a lesser manager?
Never. I once called the Crewe manager a bellend when he was coming off the pitch, and he started an earnest conversation with me debating the point. It seems like I shouldn't be proud of this, but if you'd sat behind him all match and seen how he was behaving, then you would have done the same thing. I bet even Stephen Fry would have cracked and called him an arsehole.

Which Town player have you found yourself near and where?
I seemed to follow Paul Groves around at one stage. I sat next to him at a classical concert with fireworks at Meridian Point (the concert had fireworks, not me or Paul Groves), and was in a small restaurant with him when he got up from his seat and knocked the waitress over as though she was an insufficiently strong centre-back getting between him and a corner. Good times.

Have you ever walked around Chapman's Pond?
It's impossible. I hear that if you go down there on a moonlit night in December and say "Glen Downey" three times, nothing happens.

Have you been up or inside the Dock Tower?
No. I once went there for other purposes and the security man looked at me and said "Have you come to throw yourself off the Dock Tower?" I smiled awkwardly and he let me in. Blimey, I thought, I must look really depressed. Then I got there and people were abseiling down it. Durr.

New ground or redevelopment of Blundell Park?
Depends. If it was a stupid idea like John Fenty's countryside-wrecking Peak's Parkway bollocks, then no. If it was part of an urban regeneration scheme, then yes. I'm not fussed as long I can see. I'm holding on to my dream that one day we may play on the planet Jupiter. How exciting that would be.

Who has had the most fantastical hair you've seen at a Town game?
I remember going to Maidstone in the nineties and they had a full-back with bouffant blonde hair. The Town fans spent all game asking him if his mum had cut it. And who did that full-back turn out to be? Albert Einstein. No, hang on, Warren Barton, I think. Tony Butcher will know. He knows everything. Never play Trivial Pursuit with the man. He'll have all the pies, though looking at him I doubt he's ever eaten one.

Favourite Tony Butcherisms from the million words of woe?
Tony and I used to write songs together when we lived near London, and he sometimes drops lyrics from our songs into his match reports. Talk about limiting your audience. Still, I have to admire and respect him as a friend for doing so.

Are you a forgiving soul? What is the longest Town-related grudge you hold.
Well, there's Challinor. All refs, even the good ones. I had this idea to find out Trevor Kettle's address then go round and put a yellow card though his letterbox in the middle of the night. This would scare him, then two weeks later I'd finish off the job and put a red one through. Take that, Kettle. Who's in charge now? Eh?

When we find ourselves in times of trouble do you have you a secret second team that you turn to?
Hell no. I don't want to sound draconian, but people who have a second team should be hung upside down from the floodlights and slapped with a haddock. Oh no, hang on. I've just thought. Grimsby Reserves.